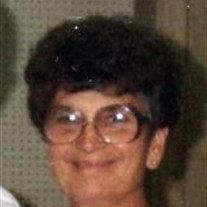 Funeral services for Ava Carol (Hodges) Zook will be 2:00 p.m. Saturday, June 15, 2013, at the Waynoka First Baptist Church with Rev. Marion Hadsell, pastor of the Hopeton Wesleyan Church officiating. Interment will be in the Waynoka Municipal Cemetery under the direction of Marshall Funeral Home of Waynoka, LLC. Ava Carol (Hodges) Zook, daughter of the late Estel Sylvester and Cecile Maxine (Whitney) Haltom, was born January 25, 1935, in Alva, Oklahoma, and passed away June 12, 2013, at her home in Waynoka, Oklahoma, at the age of 78 years, 4 months, and 17 days. Ava attended Highland School and graduated from Alva High School. In 1953 she was united in marriage to Don Hodges. He preceded her in death when he was 52. She worked as the Central Supply Supervisor at the Osteopathic hospital in Amarillo, Texas. In November, 1987, she was united in marriage to Richard Allen Zook at Hopeton, Oklahoma. They made their home in Waynoka where she worked at the Northwest Substance Abuse Treatment Center. She was a member of the Hopeton Wesleyan Church. She enjoyed bowling, crocheting, painting, and drawing. Besides her parents, she was preceded in death by her husband, Don Hodges; one sister, Dorothy Richardson; and one nephew, Randy Richardson. Ava is survived by her husband, Richard, of Waynoka; two daughters, LaJeana Williams and husband, Kyle, of Waynoka, and Donna Carol Hodges-LaTiara V. Adams of Alva; one sister, Lea Chelf and husband, Gene, of Woodward; one brother-in-law, Buddy Richardson of Lone Wolf; three grandchildren, Misty Williams and husband, Scott Smiley of Waynoka, Amber Adams and husband, Roy, of Canton, and Amy Webb of Hopeton; 8 great grandchildren; other relatives and friends. Memorial contributions may be made through the funeral home to the Waynoka EMTs.

Funeral services for Ava Carol (Hodges) Zook will be 2:00 p.m. Saturday, June 15, 2013, at the Waynoka First Baptist Church with Rev. Marion Hadsell, pastor of the Hopeton Wesleyan Church officiating. Interment will be in the Waynoka Municipal... View Obituary & Service Information

The family of Ava Zook created this Life Tributes page to make it easy to share your memories.