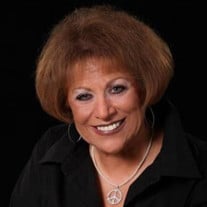 Memorial services for Carol Rooney will be 2:00 p.m. Tuesday, March 15, 2022, at the Freedom School Auditorium with Reverend Mark Kinkel officiating. Arrangements are under the direction of Marshall Funeral Home of Alva. Carol Jeanne (Kamas) Rooney was born June 19, 1948, at Freedom, Oklahoma, to Lewis Kamas and Darlien (Cohlmia) Kamas, and passed away March 10, 2022, at Oklahoma City. Carol was a proud daughter of Freedom, Oklahoma. It was here that she grew up, barrel raced with her horse, Kingwood, and was crowned Rodeo Queen in 1965. Carol graduated from Freedom High School in 1966. She then went on to study elementary education at Oklahoma State University, and finishing at Northwestern Oklahoma State University, where she earned her Bachelor of Science degree in Education. She married George Bernard Rooney, III, in 1974. In 1978, Carol and Bernard welcomed son, Kamas Lloyd Rooney. Carol moved to Moore, Oklahoma, in 1985, where she taught at Houchin, Fischer, and finally Wayland Bonds Elementary School from which she retired in 2012, after nearly 35 years of teaching. Carol was pure magic in the kitchen. She had an unrivaled command of ingredients and flavors, and could create incredible dishes without the aid of a recipe (much to the chagrin of anyone who ever wanted to recreate her delicious meals). She showed love to her many friends and family members through her cooking and baking. Beyond the kitchen, Carol also loved to decorate, and staged many homes with her signature flair. Most of all, Carol loved her family and friends. She made and kept friends from all chapters of her life and found great joy in staying connected to them. She adored her cousins, and regarded them as her siblings. She remained close with her brother, Les Kamas, until his death in 2019, and was deeply proud of her three nephews. The joy of her life, however, was her two granddaughters, whom she adoringly spoiled and loved “to the moon and back” as she always reminded them. Carol was preceded in death by her father, Lewis Kamas, and her brother, Les Kamas. She is survived by her mother, Darlien Kamas of Freedom; son Kamas Rooney and his wife, Carlye, and granddaughters, Olivia Ann and Elise Kamas Rooney of Lakeville, Minnesota; her nephews, Laremy Kamas and wife, Pepper, of Ardmore, Lathen Kamas and wife, Kian, of Tulsa, and Lake Kamas of Kingfisher; her aunts, cousins, other relatives and friends. In lieu of flowers, memorial contributions may be made through the funeral home to the Freedom Museum, Freedom Volunteer Ambulance and Firefighters, or the Freedom School Foundation.

Memorial services for Carol Rooney will be 2:00 p.m. Tuesday,...

Send flowers to the Rooney family.