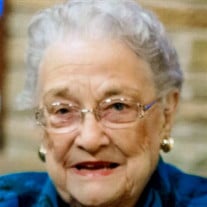 Memorial services for Carol Lee Washburn will be 2:00 p.m. Monday, July 31, 2017, at the Alva First United Methodist Church with Rev. Dr. Carol Cook Moore officiating. There will be a private interment prior to the service under the direction of Marshall Funeral Home of Alva. Carol Lee Washburn, daughter of the late Forrest and Mary (Stanart) Savere, was born April 25, 1924, at Mutual, Oklahoma, and passed away July 28, 2017, at Alva, Oklahoma, at the age of 93 years, 3 months, and 3 days. After she graduated from Mutual High School, she attended nursing school at Wesley Hospital in Wichita where she obtained her certification to be a Registered Nurse. She worked at Mooreland Hospital as a Surgical Supervisor. On December 15, 1946, she was united in marriage to Lyle Wilford Washburn at Mutual, Oklahoma. They moved to Waynoka where she worked at E. P. Clapper Memorial Hospital. In 1970, they moved to Alva where she served as the Director of Nursing at Share Convalescent Home in Alva. She was a member of the Alva First United Methodist Church where she was active in the United Methodist Women and sang in the church choir. She was also a member of PEO and the 20th Century Club. She loved to play bridge, sometimes playing several times per week. Besides her parents, she was preceded in death by two brothers, Max and Rex Savere; and two sisters, Aletha Clayton and Dorothy Dwyer. Carol Lee is survived by three children, Pam Treadwell Johnson and husband, Ed, of Muskogee, Gwen Walls and husband, Steve, of Tulsa; and Kirk Washburn and wife, Drue, of Alva; 6 grandchildren, Trey Treadwell and wife, Marianne, of Haymarket, Virginia, Aimee Karnes of Ft. Gibson, Amanda Riggs and husband, Brian, of Edmond, Tyler Walls of Jenks, Kami Hanan and husband, Jared, of Edmond, and Cory Washburn and wife, Sarah, of Alva; 10 great grandchildren, Parker and Avery Treadwell, Lauren, Brenley and Tatym Karnes, Caleb, Noah, Levi, and Jesse Hanan, and Liam Washburn; other relatives and many friends. Memorial contributions may be made through the funeral home to First United Methodist Church.

Memorial services for Carol Lee Washburn will be 2:00 p.m. Monday, July 31, 2017, at the Alva First United Methodist Church with Rev. Dr. Carol Cook Moore officiating. There will be a private interment prior to the service under the direction... View Obituary & Service Information

The family of Carol Lee Washburn created this Life Tributes page to make it easy to share your memories.

Memorial services for Carol Lee Washburn will be 2:00 p.m. Monday,...

Send flowers to the Washburn family.