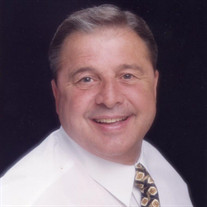 There will be a visitation with the family of Charles Alvin McDonald from 5:00 to 7:00 p.m. Wednesday, July 14, 2021, at the Marshall Funeral Chapel. He was cremated at his request under the direction of Marshall Funeral Home. Charles Alvin McDonald, son of the late Troy Alvin and Catherine Allene (Lacy) Clarke, was born November 8, 1947, in Chattanooga, Tennessee, and passed away July 10, 2021, in Woodward, Oklahoma, at the age of 73 years, 8 months, and 2 days. Charlie graduated from Enid High School, then attended college at NWOSU in Alva. He proudly served his country in the United States Navy and served a tour in Vietnam. He was united in marriage to Sue McAlister and to this union three children were born, Ralph, Cassandra, and Elizabeth. He worked as a field technician and assignment chief at Southwestern Bell until his retirement. On November 11, 2000, he was united in marriage to Janet Faye Trimble at Eagles Bluff. on the Kragh Estate near Waynoka. Charlie was a proud entrepreneur and Alva citizen. His accomplished business ventures included assisting with the opening of the City Cleaners, Floridino's Italian Restaurant, and assisting with the opening of Lorec Ranch, Charlie and Janet opened The Sandwich Shoppe in Alva, which he ran for several years, and then The Antique Shoppe. He loved his community and was always getting involved to make it better place to live. In his early years he was a member of Jaycees, and later Kiwanis. Charlie was on the Alva School Board, he joined Alva City Council, and was involved with the Alva Chamber of Commerce. He was a member of the Grace and Faith Fellowship. He enjoyed fishing and was well known for his passion for antiques. He loved refinishing old things and making them new. He enjoyed staying busy and helping out anyone who needed him. He was a giver and loved to share anything he had with others. He loved visiting his adult children and grandchildren. Besides his parents, he was preceded in death by his brother, Steve McDonald. Charlie is survived by his wife, Janet, of Waynoka; one son, Ralph McDonald and wife, Kamber, of Medford; two daughters, Cassandra Mussman and husband, Chad, of Guymon, and Elizabeth Chaplin and husband, Nathan, of Independence, Kansas; one brother, Barry McDonald and wife, Sharon, of Little Rock, Arkansas; one sister, Cathy Byerly of Grand Rapids, Michigan; seven grandchildren; Charleton Lankford, Kaylee Rogers, Thomas Mussman, Collin and Mary Chaplin, and Lillian and Lacy McDonald; nieces and nephews, other relatives, and many friends. Charlie was also loved by Janet's children Kyle, Jennifer, Julie and husband Charles and their children, and Greg and wife Clarissa and their children. Memorial contributions may be made through the funeral home to the Oklahoma Medical Research Foundation for Diabetes Research.

The family of Charles Alvin McDonald created this Life Tributes page to make it easy to share your memories.

There will be a visitation with the family of Charles Alvin McDonald...

Send flowers to the McDonald family.