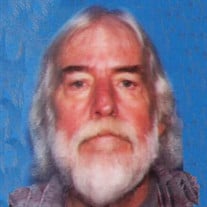 Memorial graveside service will be 10:30 a.m., Thursday, August 22, 2019, at the Alva Municipal Cemetery with Rev. Dr. Carol Cook Moore officiating. Cremation arrangements are under the direction of Marshall Funeral Home of Alva. Dennis Max Savere, son of the late Raymond Max and Elsie Fae (Peters) Savere, was born February 26, 1948, in San Fransisco, California, and passed away August 16, 2019, at his home in Alva at the age of 71 years, 5 months, and 26 days. Dennis graduated from Alva High School and later graduated from Northwestern Oklahoma State University with a Bachelor’s Degree. He was a bookkeeper for several years before working in construction. He was united in marriage to Kathy Lancaster and two daughters were born: Stacy and Shary. He later married Pam Holzberger and they had one son, Michael. Dennis returned to Alva after he retired. He enjoyed gambling and especially his Friday night poker game. Dennis was member of the Alva Moose Lodge. Besides his parents, Max and Fae Savere, he was preceded in death by his daughter, Stacy. Dennis is survived by one daughter, Shary Meadowcroft and husband, Charles, of Tampa, Florida; one son, Michael Savere and wife, Joana Rosensaft, of Washington D.C.; one sister, Janet Morris and husband, Doug, of Kansas City, Missouri; nieces, Liz Miller of Kansas City, her daughters, Ashley Quigg of Raymore, and Brittany Peery and her daughter, Elsie Peery Parker of Belton, Mylinda Tripp and husband, Brett, of Kearney, and their children, Adyson, Kyler, Hadley, Max, and Bella, all of Kearney; other relatives and friends.

The family of Dennis Max Savere created this Life Tributes page to make it easy to share your memories.

Send flowers to the Savere family.