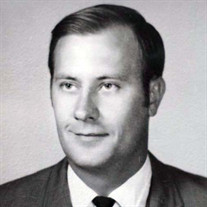 Donald Eugene Simmons, son of the late Claude William and Mary Ethel Vernon (Cropp) Simmons, was born August 6, 1946, in Alva, Oklahoma, and passed away November 30, 2018, at his home north of Waynoka, at the age of 72. Funeral services will be at 2 p.m. Tuesday, December 4, 2018, at the Marshall Funeral Home Chapel with the Rev. Scott Ware officiating. Interment will be at Memorial Hill Cemetery under the direction of Marshall Funeral Home of Alva. There will be a visitation with the family from 6 to 8 p.m. Monday, December 3, 2018, at Marshall Funeral Home of Alva. Don graduated from Waynoka High School in 1964. He attended NWOSU, where he obtained his Bachelor’s Degree in Education. He was a teacher and coached basketball and football during his early career in education. He earned his Master’s Degree in educational administration and was Superintendent at schools in Oklahoma and Kansas. He was an avid historian and outdoorsman, and he loved the OU Sooners. He was preceded in death by three brothers: Burl Simmons, Robert Simmons, and Albert Simmons; four sisters: Clare Bell Brock, Verna Lee Chambers, Nettie Mae Koutz, and Maxine Hale. Don is survived by four children: Shannon Dawn Simmons of Lawrence, Kansas, Derek Claude Simmons and wife, Sheri, of Woodbury, Minnesota, Ailie Bryana Scanlon and husband, Chris, of Leavenworth, Kansas, and Caela Simmons Wood and husband, David, of Manhattan, Kansas. He is also survived by brothers Claude William Simmons, Jr. and wife, Marjorie, of Enid; Paul Simmons of Waynoka; one sister, Louise Whitney and husband, Everette, of Waynoka. Also surviving are six grandchildren, Jackson Claude Simmons, Teegan Jeffrey Simmons, McKenna Christien Scanlon, Tabor Kinley Scanlon, Maitland Jameson Simmons Wood, and Ogden Malachy Simmons Wood; other relatives and many friends. Don was married four times: On November 24, 1964, to Sandra Terbush in Alva; on Aug. 6, 1977, to Sandy Stoner in Woods County; and later to Patti Coffey in Elkhart, Kansas, and then Jana Herrmann in Kinsley, Kansas. After his retirement from school administration, he moved to Freedom, Oklahoma, and then to a farm north of Waynoka, not far from where he was raised. Memorial contributions may be made through the funeral home to the NWOSU Foundation. Remembrances may be shared with the family at www.marshallfuneralhomes.com.

Donald Eugene Simmons, son of the late Claude William and Mary Ethel Vernon (Cropp) Simmons, was born August 6, 1946, in Alva, Oklahoma, and passed away November 30, 2018, at his home north of Waynoka, at the age of 72. Funeral services will... View Obituary & Service Information

The family of Donald Eugene Simmons created this Life Tributes page to make it easy to share your memories.

Send flowers to the Simmons family.