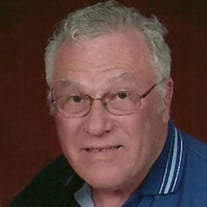 Donald Raymond Smart, son of the late Earl Ray and Ada (Dawson) Smart, was born January 31, 1931, at Shawnee Mission, Kansas, and passed away March 9, 2020, at Enid, Oklahoma, at the age of 88 years, 1 month, and 11 days. He was cremated at his request and there are no services planned at this time. Donald was raised in Shawnee Mission, Kansas, and graduated high school in May 1949. On September 19, 1951, he was united in marriage to Marilyn Lou Cathey in Kansas City, Kansas. To this union three children were born: Lisa, Timothy, and David. They lived in Liberal, Kansas, before moving to Alva where they lived for the past 48 years. He was a member of the First Baptist Church. Donald enjoyed woodworking when he was younger and enjoyed his dogs. He loved spending time with his family, especially holidays and birthdays when the whole family came together to celebrate. Besides his parents he was preceded in death by his wife, Marilyn, and one son, David Smart. Donald is survived by his daughter, Lisa Darbe and husband, Kevin, of Edmond; his son Tim Smart and wife, Twana, of Alva; nine grandchildren; five great grandchildren; other relatives and friends.

The family of Donald Raymond Smart created this Life Tributes page to make it easy to share your memories.

Send flowers to the Smart family.