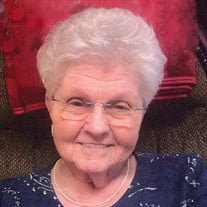 Funeral services for Donna Schwerdtfeger will be 2:00 p.m., Friday, December 13, 2019, at the Capron United Methodist Church with Rev. Janet Fitz officiating. There will be a visitation with family present 5:00 to 6:30 p.m., Thursday, December... View Obituary & Service Information

The family of Donna Lee Schwerdtfeger created this Life Tributes page to make it easy to share your memories.

Funeral services for Donna Schwerdtfeger will be 2:00 p.m., Friday,...

Send flowers to the Schwerdtfeger family.