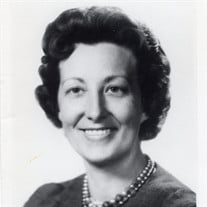 Funeral services for Irene Bush will be 10:30 a.m. Thursday, July 18, 2019, at the Cedar Grove Wesleyan Church with Rev. Nathan Hosier and Rev. Ron Olson officiating. Burial will follow at the Hardtner Cemetery under the direction of Marshall Funeral Home. There will be a visitation Wednesday from 6-8:00 p.m. at Marshall Funeral Home. Irene Inez (Tavis) Bush, youngest child of the late Roy Phillip and Fay May (Johnson) Tavis, was born November 28, 1926, northwest of Hardtner, Kansas, and passed away July 14, 2019, at Alva, Oklahoma, at the age of 92 years, 7 months, and 17 days. She attended Eldred Rural School and Hardtner Elementary. Her family moved to Oklahoma in 1937 to the Faulkner Community. She finished grade school and high school at Farry, graduating in 1944. She was then employed by Southwestern Bell until she was married to Rudy Bush on April 21, 1945. Rudy was engaged in farming and ranching with his father, so the couple made their home there. To this union three children were born, Peggy, Charles, and George. She was active in both the Cedar Grove Wesleyan Church and the Alva Wesleyan Church, missionary work, and the Home Demonstration Club. She also worked with the 4-H and was awarded outstanding youth leader of the state, along with Gov. Bellmon. She loved people and working with them. She also enjoyed Ranger basketball games. In 1998, her best friend and love of her life, Rudy, passed away. She was also preceded in death by her parents, Roy and Fay Tavis; her brother, Cleo Tavis; and her sister, Alberta White. Irene is survived by her children, Peggy Smith and husband, Richard, of Kearnersville, North Carolina, Charles Bush of Fairfax, and George Bush and wife, Sally, of Alva; six grandchildren, Michelle Kornele and husband, Bryan, of Derwood, Maryland, Deidre Parrish and husband, Robby, of Kearnerville, North Carolina, Justin Bush and wife, Shannon, of Yale, Matt Bush and wife, Natasha, of Fairfax, Cassie Bush of Alva, and Brodie Bush and wife, Allyson, of Alva. Also surviving are thirteen great grandchildren, Jason Kornele, Benjamin Kornele, Skye Kornele, , Zachary Rickard, Drew Parrish, Camden Parrish, Mikayla Parrish, Braden Bush and wife, Taylor, Joby Bush, Alyssa Bush, Matthew Bush, Dray Long, Dayson Long, and Bryce Bush; other relatives and friends. Memorial contributions may be made through the funeral home to the Cedar Grove Wesleyan Church.

Funeral services for Irene Bush will be 10:30 a.m. Thursday, July 18, 2019, at the Cedar Grove Wesleyan Church with Rev. Nathan Hosier and Rev. Ron Olson officiating. Burial will follow at the Hardtner Cemetery under the direction of Marshall... View Obituary & Service Information

The family of Irene Inez Bush created this Life Tributes page to make it easy to share your memories.

Send flowers to the Bush family.