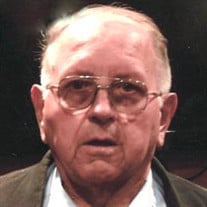 Memorial services for Jerry Dean Jacobson will be 11:00 AM Friday, May 27, 2016, at the Marshall Funeral Home Chapel with Pastor John Clapp officiating. He was cremated at the request of his family under the direction of the Marshall Funeral Home. Jerry Dean Jacobson, son of the late Carl William and Clara Belle (Dimmick) Jacobson, was born October 8, 1946,at Alva, Oklahoma, and passed away May 14, 2016, at Oklahoma City, Oklahoma, at the age of 69 years, 7 months, and 6 days. Jerry attended Avard and Waynoka Schools graduating from High School in 1964. Jerry farmed all of his life and also worked at the Alva Coop, Northwestern Oklahoma State University, and Garnett Oil Company. Jerry was involved in the Alva Elks Lodge # 1184 and had been a member for 31 years. He was presently serving as their Exalted Ruler and had served in this capacity for several years. He was on or had served in the past on many committees at the local level: Chairman of the National Foundation, Chairman of the Most Valuable Student Committee, Chairman of Auditing and Accounting Committee, Chairman of the Fraternal Committee, Chairman of Standing Relief Committee, Chairman of the Americanism Essay Contest, and Chairman of the local Scholarship Committee. He also served as Chairman of the committee that was public relations through the fair booth each year and Chairman of the Cadet Lawman Committee. He also served at the District level as Northwest District Vice President and as Chairman of the District Scholarships Committee. Besides his parents, he was preceded in death by two brothers, Bobby and Kenneth, and one nephew, Timothy Jacobson. He is survived by two brothers, Richard Jacobson and wife, Sharon, of Louisburg, Kansas and Raymond Jacobson and wife, Jan, of Waynoka, Oklahoma. He is also survived by nephews and nieces, Jeff Jacobson and wife, Nancy, of Alva, Oklahoma, Brent Jacobson and wife, Vicki, of Tifton, Georgia, Brian Jacobson and wife, Laura Brown, of Oklahoma City, Jason Jacobson and fiance, Heidi, of Moore, Oklahoma, Bryan Jacobson of Medicine Lodge, Kansas, Rick Seal of Alva, Oklahoma, Stephanie Jacobson-Wilson and husband, Scott, of Norman, Oklahoma, Jill Jacobson-Bittle and husband, Joshua, of Oklahoma City, Teresa Jacobson-Poole and husband, Alex, of Lyons, Colorado, Jennifer Jacobson of Palestine, Texas; and Jacqueline Jacobson-Harmon and husband, Darren, of Carmen and extended family Charla Thomas and husband, Mike, of Caldwell, Idaho, Jennifer Shiver and husband, Ed, of Sierra Vista, Arizona, and Robert Skidmore and wife, Valerie, of Hement, California Memorial contributions can be made in lieu of flowers to a scholarship fund with the Alva Elks Club in Jerry’s name.

Memorial services for Jerry Dean Jacobson will be 11:00 AM Friday, May 27, 2016, at the Marshall Funeral Home Chapel with Pastor John Clapp officiating. He was cremated at the request of his family under the direction of the Marshall Funeral... View Obituary & Service Information

The family of Jerry Dean Jacobson created this Life Tributes page to make it easy to share your memories.

Memorial services for Jerry Dean Jacobson will be 11:00 AM Friday,...

Send flowers to the Jacobson family.