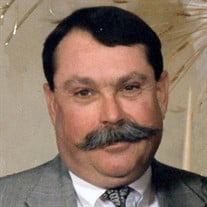 Graveside services for Joe Higginbotham will be 11:00 a.m., Monday, October 24, 2016, at the Union Center Cemetery, Dacoma, with Rev. Nick Johnson officiating. The services are under the direction of Marshall Funeral Home of Alva. Joe William Higginbotham, son of the late Harvey E. and Viola Margaret (Pennington) Higginbotham, was born August 2, 1945, at West Columbia, Texas, and passed away October 19, 2016, at Ashland, Kansas, at the age of 71 years, 2 months, and 17 days. Joe attended school in Alva graduating with the class of 1963. He attended Northwestern Oklahoma State University and then obtained his MBA from Oklahoma City University. Joe enlisted in the United States Army and earned a Bronze Star Medal for his service. On August 1, 1992, he was united in marriage to Diana Doctor at Alva, Oklahoma. They made their home in New York City, Memphis, Tennessee, and Oklahoma City where he was a paralegal for the Justice Department for many years. Joe moved to Ashland, Kansas, where he has lived for the past 5 years. Joe was a member of the United Methodist Church. He enjoyed fishing and spending time at their log cabin in Blacklake, New Mexico. His biggest joy in life was being with his wife, Diana. Besides his parents, he was preceded in death by his wife, Diana, in 2001. Joe is survived by his stepson, Rhett Bouziden and his wife, Becky, of Ashland, Kansas; his stepdaughter, Leslie Buchanan and her husband, Randall, of Derby, Kansas; seven step-grandchildren, Caleb, Bethany, Eden, and Sadie Bouziden, all of Ashland, Kansas, and Eli, Isabella, and Luke Buchanan, all of Derby; a cousin who was like a sister, Suzanne Kurth and her husband, Les, of Austin, Texas; other relatives and friends. Memorial contributions may be made through the funeral home to the St. Jude Children’s Research Hospital.

Graveside services for Joe Higginbotham will be 11:00 a.m., Monday, October 24, 2016, at the Union Center Cemetery, Dacoma, with Rev. Nick Johnson officiating. The services are under the direction of Marshall Funeral Home of Alva. Joe William... View Obituary & Service Information

The family of Joe William Higginbotham created this Life Tributes page to make it easy to share your memories.

Graveside services for Joe Higginbotham will be 11:00 a.m., Monday,...

Send flowers to the Higginbotham family.