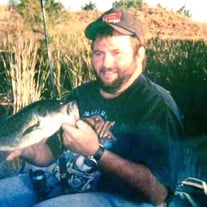 Memorial services for Mark Alan Clark will be 10:30 a.m. Saturday, September 10, 2016, at the Mooreland First United Methodist Church with Rev. Scott Ware and Rev. Larry Masoner officiating. He was cremated at his request under the direction... View Obituary & Service Information

The family of Mark Alan Clark created this Life Tributes page to make it easy to share your memories.

Send flowers to the Clark family.