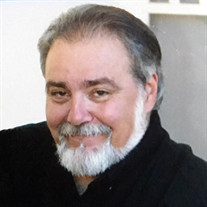 Inurnment of Mickey Bob White will be 11:00 a.m. Saturday, October 12, 2019, at the Alva Municipal Cemetery. Memorial services will follow at 1:00 p.m. at the Alva First United Methodist Church with Rev. Dr. Carol Cook Moore officiating. The arrangements are entrusted to Marshall Funeral Home of Alva. Mickey Bob White, son of the late Herbert Elvin and Margaret Anne (Houston) White, was born July 16, 1953, in Alva, Oklahoma, and passed away October 6, 2019, in his home in Alva, Oklahoma, at the age of 66 years, 2 months, and 21 days, following a lengthy battle with cancer. Mickey attended Alva Public schools, graduating with the class of 1971. After High School, he earned his Bachelor of Science Degree in Business Administration and Sociology from Northwestern Oklahoma State University and graduated in 1976. While attending college, he worked at C.E. Loomis Furniture Company as a salesman. It was during Mickey’s time at Northwestern that he met the love of his life, Donna Rae Rottmayer. On December 22, 1974, Mickey and Donna were united in marriage at the First Baptist Church in Woodward, Oklahoma. Making Alva their home, Mickey was the Road and Bridge Crew Foreman for Woods County District #1 for 34 years, until his retirement. Mickey received certification from the Oklahoma State University Center of Local Government Technology, Oklahoma Department of Transportation and Federal Highway Administration. He was a member of the Alva First United Methodist Church, a member of the NWOSU Alumni Board of Directors, an original member of the Rowdy Rangers, a member of the Spinners Car Club in Ponca City, and a member of the Northwest Antique Car Club. At an early age he developed a love for cars, especially old Cadillacs. He collected several cars over the years, fondly nicknaming and designating a theme song for each. Along with old cars, he also enjoyed the hunt for finding nostalgic and unique collectibles. Although an amazing man to work alongside, he was an even greater husband to his wife, Donna, and father to his three girls, Elizabeth, Sarah, and Savannah. “The White House” was often the gathering place for many family and friends. He was a great storyteller and loved to have people around, often offering an unexpected and sarcastic zinger. His girls were his world with Donna by his side. Mickey enjoyed many roles as their father: instigator, protector, annoyer, intimidator to boys, confidant, and most importantly, Grandpa. His best friends call him “Grumpa” and “Ba”. Mickey is survived by his wife, Donna, of Alva; three daughters, Elizabeth Anne Bishop and husband, Brant, of Enid, Sarah Jane Washburn and her husband, the late Cory Washburn, of Alva, and Savannah Jayne White of Oklahoma City; one sister, LaDonna Benningfield and husband, Max, of Alva; three grandchildren, Liam Lyle Washburn of Alva, Batten Kernie Bishop and Sloan Margaret Bishop of Enid; honorary sons: Brandt Sterling, Nick and Jerad Bradt, Kevin Poe, and Matt Hardison, and other relatives and many friends. Memorial contributions may be made through the funeral home to the NWOSU foundation or the AHS Speech and Debate Team.

The family of Mickey Bob White created this Life Tributes page to make it easy to share your memories.

Send flowers to the White family.