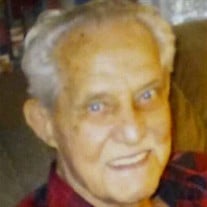 Memorial services for Miles Hudgins will be 10:30 a.m. Saturday, July 9, 2016, at the Eagle Chief Cemetery west of Carmen. Arrangements are under the direction of Wentworth Mortuary, LLC of Carmen. Miles Harvey Hudgins, son of the late Miles B. and Blanche (Crusinbery) Hudgins, was born December 13, 1931, at his parents home in Aline, and passed away May 31, 2016, at Irving, Texas, at the age of 82 years, 5 months, and 18 days. Miles graduated from Pueblo, Colorado High School and then attended Colorado State College (now the University of Northern Colorado) before enlisting in the Marine Corps in July 1950. He was a staff Sergeant at the time of his discharge in July 1954. He was a radio chief and was stationed in Japan and Hawaii among other places. Miles was decorated with 2 stars, United Nations Medal, and Good Conduct honor during the Korean War. On February 27, 1975, Miles was united in marriage to Nancy Koonce. He had two adopted sons, Tom and Mike Hudgins, a son, Jon Hudgins and a daughter, Mary-Margaret. As a young man, he liked to compete in bareback bronc and bull riding at rodeos. He worked and retired from 3M National Advertising where he began his career in Independence, Kansas, and later was assigned various places to work on large signs used on interstate highways. He loved all kinds of sports and cheered for the Dallas teams—especially the Texas Rangers. Miles also liked to read, work crossword puzzles and jigsaw puzzles. He was preceded in death by his parents; a brother, Willard Hudgins, and his wife, Betty; a sister, Doris Hudgins Kamp; and a nephew, Gary Hudgins. Miles is survived by his wife, Nancy; son Jon Hudgins of Irving, Texas; a daughter Mary-Margaret Harris and husband, John, of Irving, Texas; one sister, Lois Hudgins of Cleo Springs; six grandchildren, Morgan, Courtney, Alexis, Joshua, Nathan, and Kelsey; three great grandchildren, Kingston, Marley, and Luna; nieces, Gail Hudgins and Debbie Hudgins both of Antioch, Tennessee; numerous cousins and other relatives.

Memorial services for Miles Hudgins will be 10:30 a.m. Saturday, July 9, 2016, at the Eagle Chief Cemetery west of Carmen. Arrangements are under the direction of Wentworth Mortuary, LLC of Carmen. Miles Harvey Hudgins, son of the late Miles... View Obituary & Service Information

The family of Miles Harvey Hudgins created this Life Tributes page to make it easy to share your memories.

Memorial services for Miles Hudgins will be 10:30 a.m. Saturday,...

Send flowers to the Hudgins family.