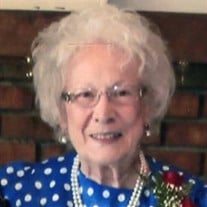 Funeral services for Patricia Sue Adams Bixler Hinderliter will be 10:00 a.m. Saturday, November 25, 2017, at the Alva First Baptist Church with Pastor Chris Ruwaldt officiating. Interment will be in the Memorial Hill Cemetery under the direction of Marshall Funeral Home of Alva. Patricia Hinderliter, daughter of the late Garland and Freeda (White) Adams, was born February 5, 1941, in Woodward, Oklahoma, and passed away November 20, 2017, at Share Medical Center in Alva, Oklahoma, at the age of 76 years. Patricia attended Rose Valley School and graduated from Waynoka High School in 1959. She was active in FHA, vocal music, pep club, a member of the Honor Society, and was selected and attended Girls State her senior year in high school. She attended NWOSU. On October 1, 1960, she married Edsel Bixler at Waynoka. They made their home north of Waynoka where they farmed together. She was extremely involved in her community and was a member of the Alva First Baptist Church. She especially loved putting on the Ladies Church Teas. She served many years as the secretary for Memorial Hill Cemetery. She enjoyed gardening, sewing and her grandkids thought she was the best cook in the country. On March 30, 2013, she married Veston Hinderliter of Amarillo, Texas. She enjoyed traveling with Veston to Colorado and Denali National Park in Alaska. She loved her family, grandchildren, and was a die hard OSU fan. She was a strong willed woman, and it was this determination and her faith that sustained her as she battled cancer for 21 years. Besides her parents, she was preceded in death by her husband, Edsel. Patricia is survived by her husband, Veston Hinderliter of Waynoka; three daughters, Stephanie Fritsch and husband, David, of Mesquite, Texas, Rhonda Maynard and husband, Rodney, of Davis, and Sherri Woodward and husband, Kevin, of Bartlesville; sister, Janet Mashak and husband, Alan, of Greenwood, Arkansas, and brothers, Dale Adams and wife, Kathy, of Harper, Kansas, and Greg Adams and wife, Renee, of Argonia, Kansas; nine grandchildren, Natalie Brown and husband, Reggie, of Mesquite, Texas, Tony Perez, currently serving in the Air Force, of Mesquite, Texas, Kendra Baker and husband, Matt, of Moore, Zachary Maynard and wife, Amy, of Faye, Joshua Maynard of Davis, Katie and Kellie Woodward, both of Bartlesville, Nichole Brown and husband, Chris, of La Porte, Texas, and Benjamin Fritsch and wife, Jessica, of Mesquite, Texas; 6 great grandchildren, Titus, Lily, Cyrus, and Elias Brown, and Jolie Fritsch, all of Mesquite, Texas, and Max Maynard of Faye. Her love for family included the children, grandchildren and great grandchildren of her husband, Veston; other relatives and many friends. Memorial contributions may be made through the funeral home to the American Cancer Society or Memorial Hill Cemetery.

Funeral services for Patricia Sue Adams Bixler Hinderliter will be 10:00 a.m. Saturday, November 25, 2017, at the Alva First Baptist Church with Pastor Chris Ruwaldt officiating. Interment will be in the Memorial Hill Cemetery under the direction... View Obituary & Service Information

The family of Patricia Sue (Bixler) Hinderliter created this Life Tributes page to make it easy to share your memories.

Send flowers to the Hinderliter family.