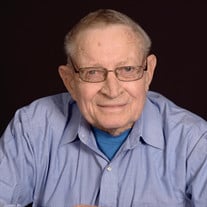 Memorial services for Phillip Allen Murry will be 2:00 p.m. Thursday, June 13, 2019, at the Zion Lutheran Church with Pastor Aaron Wagoner officiating. A private interment will be held prior to the service under the direction of Marshall Funeral Home of Alva. Phillip Allen Murry, son of the late James Ivan and Cara Mae (Thompson) Murry, was born September 4, 1942, in Alva, Oklahoma, and passed away June 7, 2019, at his home near Alva, at the age of 76 years, 9 months, and 3 days. After Phillip graduated from Alva High School he attended Northwestern State College. On February 19, 1960, he was united in marriage to Sandra Rauh at Cherokee, Oklahoma. He worked as a welder for Panhandle Eastern for 35 years, until his retirement in 1997. During the oil boom he worked as a welding inspector for area oil companies. He also farmed, had rentals, raised ostriches, and was a cattleman. He enjoyed taking the grandchildren arrowhead hunting, hunting, and fishing, and taking family trips to Colorado, New Mexico, and Lake Texhoma. He was a member of the Zion Lutheran Church. Besides his parents, he was preceded in death by one great grandson, Brendan Campbell. Phillip is survived by his wife, Sandra, of Alva; three children, Matthew Murry and wife, Linda, of Alva, Deborah Kerns, and husband, Lloyd, of Alva, and Wade Murry and wife, Rebecca, of Edmond; one brother, Gary Murry of Alva; and two sisters, Lois Clark of Alva and Nancy Shafer and husband, Raymond, of Lahoma. Also surviving are 9 grandchildren, Tori Nardacchione and husband, Donovan, of Piedmont, Danielle Barnett and husband, Paul, of Alva, Luke Murry and wife, Heather of Alva, Nick Murry and fiancé, Becca, of Wellington, Kansas, Jason Tiemann and wife, Megan, of Plano, Texas, Justin Dowdy and fiancé, Brandy, of Alva, Jeremiah Dowdy and fiancé, Lyndsey, of Mooreland, Kaimana Murry of Edmond, and Dylan Murry of Edmond; 13 great grandchildren; other relatives and friends. Memorial contributions may be made through the funeral home to the Wounded Warriors Project. Remembrances may be shared with the family at www.marshallfuneralhomes.com.

Memorial services for Phillip Allen Murry will be 2:00 p.m. Thursday, June 13, 2019, at the Zion Lutheran Church with Pastor Aaron Wagoner officiating. A private interment will be held prior to the service under the direction of Marshall Funeral... View Obituary & Service Information

The family of Phillip Allen Murry created this Life Tributes page to make it easy to share your memories.

Memorial services for Phillip Allen Murry will be 2:00 p.m. Thursday,...

Send flowers to the Murry family.