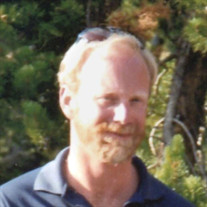 Robert L. (Bob) Martin Jr., the son of Robert (Bob) and Mary Jo (Stewart) Martin, was born March 10, 1953, in Chanute, Kansas. He passed away at St. Francis Hospital in Tulsa, Oklahoma, on August 30, 2019 at the age of 66 years. Bob grew up in Alva, Oklahoma, and graduated from Alva High School, in the top of his class, in 1971. He graduated from NWOSU in Alva in 1975 with a B.S. in music education. His career as a band director began in Fairview, OK. He then moved to Colorado to continue his career. Over the course of 11 years, Bob directed high school bands in Akron, Ft. Lupton, Canon City, Brighton and Nederland. Bob wanted each band to excel and be a source of pride for their community. He wrote most of the arrangements for his marching bands. His bands were known for their excellence, winning numerous contests and awards. He started the administrative part of his career for the Boulder Valley School District in Nederland when he was offered the job as high school assistant principal. He then moved to Broomfield as their high school principal. He retired in 2000 but after a year the district asked him to come out of retirement and help as the District Music Director and as an Administrator once again at Boulder High. Bob completely retired from education in 2007. As a high school administrator he was loved by teachers and students alike. It was well known that everything Bob did as an administrator was always for the benefit of the students. Shortly after retirement, Bob moved to Grove, Oklahoma, to be closer to his family. Bob had numerous hobbies. He was an avid snow skier of top level black diamonds and skied all over Colorado every chance he got. He enjoyed whitewater rafting the 4 and 5 levels. He loved playing Bridge and traveled all over the country to compete in numerous tournaments. The hobby that was dearest to his heart was his classic car collection. He spent countless hours working on and restoring his Chryslers. Bob had a love for life and lived it to its fullest Bob was preceded in death by his father Robert L. Martin Sr. He is survived by his mother Mary Jo Martin of Kingfisher, Oklahoma, (formerly of Alva); his sister Dana Golbek of Kingfisher; two nephews, Eric Golbek and wife, Requil, of Tulsa and Mark Golbek and wife, Chelsea, of Kingfisher; five great nephews and nieces: Ethan, Andrew and Emily Golbek of Tulsa and Cord Alig and Chloe Golbek of Kingfisher. There will be a visitation for friends and family on Thursday, September 5, 2019, from 5:00 to 7:00pm at Marshall Funeral Home. Services will be held on Friday September 6, 2019, at 2:00 pm at the First Presbyterian Church in Alva, Ok. The family asks that memorials be made through the funeral home to the Cornell-Beshore Cancer Institute in Joplin, MO or their charity of choice

The family of Robert L. Martin created this Life Tributes page to make it easy to share your memories.