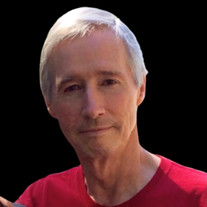 A private, family memorial will be held Saturday, May 1, 2021 at the First United Methodist Church, Alva, Ok. at 10 a.m. A graveside service will follow at the Pond Creek Cemetery in Pond Creek, Ok. The service and graveside will be Live-streamed by the Marshall Funeral Home, Alva, Ok. on the Marshall Funeral Home Facebook page or may be accessed later on their website Media section. Rob was born June 10, 1950 in Scottsbluff, Nebraska to Paul Dean Melton and Ida Marie (Morris) Melton and passed into his new heavenly life from his home in Alva on January 5, 2021. In his early years Rob lived in Nebraska and Colorado as his family moved due to his father’s transfers in the sugar beet industry. Rob graduated from Mapleton High School, Thornton, Colorado in 1969 and Phillips University, Enid, Oklahoma (BA-Psychology) in 1974. While at Phillips, he was a proud member of Varsity (social service club) following his older brother, Gary’s lead into the club. Rob began his work history in high school where he told many stories about valuable life skills learned from busing tables, lighting patron cigarettes, and serving flaming desserts while working at the Top of the Rockies fine dining restaurant in Denver. He also worked in the sugar beet factories on breaks from college. However, after graduation from college, Rob found his passion in the corrections profession beginning as a Correctional Officer for the Oklahoma Department of Corrections (DOC) at the Enid Community Treatment Center in 1974. Taking a one year educational leave in 1976 Rob achieved his Master’s Degree in Criminal Justice from Eastern Kentucky University in 1977. After his return to DOC, Rob held many positions in community corrections, institutions and probation and parole to include case manager, assistant superintendent and superintendent, correctional captain and Deputy Warden at James Crabtree Correctional Center and probation and parole officer from which he retired with 33 years of service in 2014. A chance meeting at a corrections conference led Rob to meet Janice (Gates) whom he married in 1983. In 1997 they were blessed with the birth of their daughter, Faith, of whom he was so very proud and loved dearly. Rob was raised in the Disciples of Christ Church and after moving to Alva, became a member of the Alva First United Methodist Church. His faith in God was evident in all areas of his life. Rob had a deep sense of right and wrong when it involved the treatment and dignity of others. He championed his staff’s concerns as well as those of the many offenders he dealt with in his career. Rob was incredibly bright and intuitive on so many levels and had an amazing sense of humor. The highlight of many family gatherings was when Rob would regale everyone with his animated stories about his life experiences in college, corrections and even armadillo chases. Rob had many interests but his true passion was his yard and gardening. He especially loved mowing and growing the largest elephant ears possible. Rob loved watching football and basketball games and keeping informed of all news and political issues. After retirement he enjoyed volunteering with Meals on Wheels. Rob was preceded in death by his parents and younger brother, Mike. He is survived by his wife, Janice of Alva, OK.; daughter, Faith of Enid, OK; brother, Gary and his wife, Terry Melton of Chaska, MN and their children Tae, Camie and Brett; sister-in-law, Carol Melton of Nevada City, CA and her daughter Jenna; and all his special cousins, nieces and nephews; and so many friends and former co-workers. From the beginning of Rob’s journey with ALS, he was blessed with the outstanding care and compassion of the staff of Integris MDA Neuromuscular Center, especially Dr. Brent Beson and the staff of Integris Medical Supply, including his respiratory therapist, Dawn. He will be forever grateful to God for bringing them into his life. Rob and Janice are also thankful for the help and support of Traditions (formerly Faith) Hospice staff of Alva/Woodward, OK. and all the other special care providers. Memorials may be made in Rob’s name to the Neuromuscular Center (provides no cost assistance to patients with neurological diseases), c/o MDA Neuromuscular Center or to Alva First United Methodist Church through the Marshall Funeral Home, Alva, Ok.

A private, family memorial will be held Saturday, May 1, 2021 at the First United Methodist Church, Alva, Ok. at 10 a.m. A graveside service will follow at the Pond Creek Cemetery in Pond Creek, Ok. The service and graveside will be Live-streamed... View Obituary & Service Information

Send flowers to the Melton family.