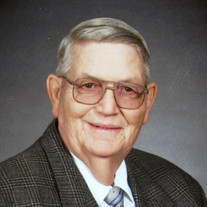 Funeral services for Sidney Don Smiley will be 2:00 p.m. Monday, November 29, 2021, at the Waynoka First Baptist Church with Thure Tolson officiating. Interment will be in the Waynoka Municipal Cemetery under the direction of Marshall Funeral Home of Waynoka. Sidney Don Smiley, son of the late Don Russell and Eudora Fern (Edwards) Smiley, was born April 10, 1941, in Fairview, Oklahoma, and passed away November 20, 2021, in Woodward, Oklahoma, at the age of 80 years, 7 months, and 10 days. Sidney grew up in Waynoka and graduated Waynoka High School with the Class of 1959. He attended NWOSU in Alva and married the love of his life, Doris Sampson, on August 12, 1961, at the First Baptist Church in Waynoka. He worked for the Santa Fe Railroad for three years and returned to NWOSU to earn his BA degree in History and Physical Education in 1965, his BS degree in Social Studies in 1967, and later in 1975, his Masters Degree in Guidance and Counseling. Coaching was dear to his heart and he assisted with the 7th grade team in Alva while earning his college degrees. Sidney then spent 22 years teaching and coaching in Kansas and Oklahoma Public Schools. He moved to Morland, Kansas, and taught and coached for ten years from 1968 to 1978 and developed a guidance and counseling program for all students K-12. While there he bought a quarter of land west of Waynoka in the Chimney Rock area. His family and land drew him back to Oklahoma. In 1978 Sidney was employed by the Wakita Public School counseling students on drug and alcohol related problems along with suicidal tendencies. He was the football and track coach in Wakita for a number of years. He had a very successful tenure there taking his football and track teams to the state finals many times. He was selected as Coach of the Year for Oklahoma’s Eight Man football teams in 1986. He then coached in the all star football game that included his son and nephew that summer. He was honored in the summer of 1999 by being inducted into the Oklahoma Eight Man Football Coaches’ Hall of Fame. He received a special ring for that honor and a state championship ring in track two years running. Sidney was very proud of his rings and wore them daily. He finished his coaching career in Wakita and returned to Waynoka and helped coach the 5th and 6th grade boys football team. Sidney utilized his counseling abilities again and was instrumental in starting the Therapeutic Foster Care program for women and children in drug abuse. He worked for Wings of Freedom in Waynoka and was responsible for providing counseling for chemically dependent mothers and their children. In 1997 Sidney worked for Cimarron Valley Therapeutic Services in Woodward and was responsible for counseling through foster care. Sidney served on the city council and was Mayor of Waynoka for 8 years. He was directly involved in the Waynoka Saddle Club that sponsors the annual rattlesnake hunt. Sidney was a snake handler for 22 years and enjoyed showing everyone how he did it. He had been president of Waynoka’s Senior Citizen’s Organization for many years. He enjoyed dominoes, cards, fishing, and feeding his cattle. He attended the First Baptist Church of Waynoka. Besides his parents, he was preceded in death by two brothers, Phillip and Stephen Smiley; his grand daughter, Erin Nicole Smiley. Sidney is survived by his wife, Doris, of Waynoka, his son, Scott Wade Smiley and wife, Misty, of Waynoka, and his grandson, Kile Scott; other relatives and many friends. Memorial contributions may be made through the funeral home to St. Jude Children’s Hospital.

Funeral services for Sidney Don Smiley will be 2:00 p.m. Monday, November 29, 2021, at the Waynoka First Baptist Church with Thure Tolson officiating. Interment will be in the Waynoka Municipal Cemetery under the direction of Marshall Funeral... View Obituary & Service Information

Funeral services for Sidney Don Smiley will be 2:00 p.m. Monday,...

Send flowers to the Smiley family.