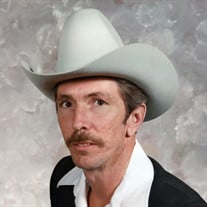 Memorial services for Terry Lowan Christopher will be 2:00 p.m. Thursday, September 26, 2019, at the Marshall Funeral Home Chapel with Rev. Dr. Carol Cook Moore officiating. He was cremated at his request under the direction of Marshall Funeral Home of Alva. Terry Lowan Christopher, son of the late Arvid Lowan and Jewel Catherine (Fields) Christopher, was born October 5, 1944, in Sikeston, Missouri, and passed away September 24, 2019, at Alva, Oklahoma, at the age of 74 years, 11 months, and 25 days. Terry graduated from high school in Morehouse, Missouri. He proudly served his country in the United States Army. He lived in Arlington, Texas, where he worked as an airplane engine service representative while his health permitted. On October 30, 1976, he was united in marriage to Shirley Lewis. After he retired he spent many years volunteering at the Masonic Home in Arlington. He was a lifetime member of the Masonic Lodge in Arlington, Texas, Shriners, and the Eastern Star. He loved life and really enjoyed helping at the Masonic Home. Besides his parents, he was preceded in death by two sisters, Dorothy Hasting and Betty Meldrum. Terry is survived by his wife, Shirley, of Alva; one son, Terry Lee Wayne Christopher of Phoenix, Arizona; three daughters, Devera Williams and husband, Shannon, of Pace, Florida, Loni Staats and husband, Jack, of Alva, and Defonda Hopping and husband, Mark, of Wichita, Kansas; and three sisters, Bernice Fitts of Sikeston, Missouri, Francis Straun of Burnett, Texas, and Sandra Smith of Sikeston, Missouri. Also surviving are nine grandchildren, Landon Christopher of Phoenix, Arizona, Samantha Mason and husband, Corbin, of Fairbanks, Alaska, John Williams of Pace, Florida, Alexandria Williams of Pace, Florida, Colby Staats and wife, Kentra, of Newcastle, Chelsea Puckett and husband, Matt, of Enid, Ciera Stewart and husband, Chris, of Alva, Chris Hopping and wife, Andrea, of Wichita, and Courtney Weber and husband, Sy, of Wichita; 14 great grandchildren; other relatives and friends. Memorial contributions may be made through the funeral home to Alva Masonic Lodge #105.

Memorial services for Terry Lowan Christopher will be 2:00 p.m. Thursday, September 26, 2019, at the Marshall Funeral Home Chapel with Rev. Dr. Carol Cook Moore officiating. He was cremated at his request under the direction of Marshall Funeral... View Obituary & Service Information

The family of Terry Lowan Christopher created this Life Tributes page to make it easy to share your memories.

Memorial services for Terry Lowan Christopher will be 2:00 p.m....

Send flowers to the Christopher family.