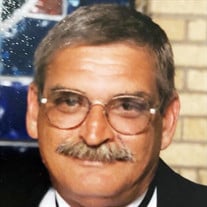 Thomas Reilly, Jr., son of the late Thomas E. Reilly, Sr. and Elfrieda Rose (Zahlmann) was born in Long Branch, New Jersey March 10, 1949 and died peacefully in his home in Alva, Oklahoma on January 8, 2021 at the age of 71 years, 9 months, and 29 days. After graduating high school, Tom worked as a welder for General Dynamics. At the age of 22, he was drafted into the military and served his country during Vietnam. While stationed in Germany, he became a father to daughter, Lisa. Years later, after serving his country, Tom became a father again to son, Tom. After retiring from General Dynamics, Tom worked as a welder in Stillwater, Oklahoma and Hot Springs, Arkansas. While in Hot Springs, Tom retired from welding and earned an Associates Degree, which led to his final career serving as a case worker for adjudicated youth. Tom was preceded in death by his parents. He is survived by his daughter, Lisa Parker and husband, Kelly, of Alva, Oklahoma; his son, Tom Reilly of Stillwater, Oklahoma; two brothers, Tim Reilly and wife, Nancy, of West Keansburg, New Jersey, and Bill Reilly of West Keansburg, New Jersey; one sister, Sue Barna and husband, Joel, of Tinton Falls, New Jersey; and two grandchildren, Lauren Parker and Kade Parker, both of Alva, Oklahoma; other relatives and friends. Memorial contributions may be made through the funeral home to Alva High School Vocal, Cheerleading, or Boys Basketball programs.

The family of Thomas Reilly Jr. created this Life Tributes page to make it easy to share your memories.

Send flowers to the Reilly family.